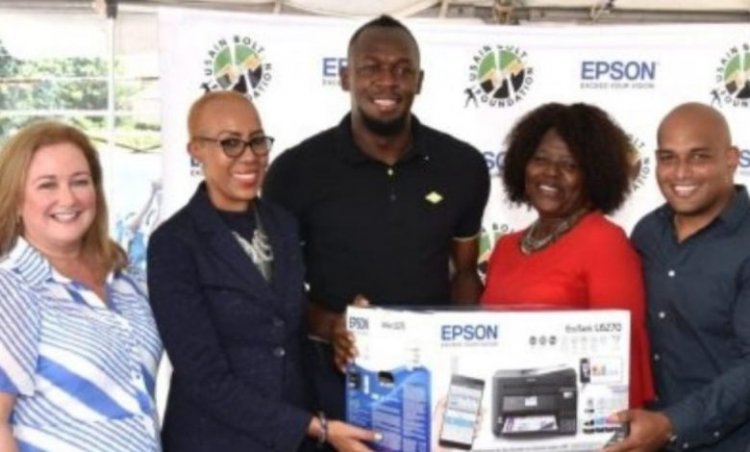 Since its inception in 2010 by sprint legend Usain Bolt, the Usain Bolt Foundation has stuck to its core principles of supporting the youth by investing in their education and development, thus providing them with broader opportunities. Bolt’s foundation first partnered with Epson Europe in 2021, donating 100 printers and 20 projectors to his alma mater, Waldensia Primary School, and multiple other primary schools in Jamaica. Both parties have now pledged to donate 125 more printers to early childhood institutions across the island.

The distribution of the printers to the schools will be supervised by the regional offices of the Ministry of Education and Youth, and a handover ceremony was conducted on Tuesday at the New Providence Primary School in Kingston. Bolt, Minister of Education and Youth, Hon. Fayval Williams, Mary McNulty, who represented Relations and Communications for Epson Europe, and Winsome Wilkins, Chair of the Usain Bolt Foundation, were all in attendance at Tuesday’s handover. Minister Williams praised Bolt’s donation and explained how it would help schools with reprinting worksheets from textbooks in accordance with the ministry’s agreement with the Copyright Foundation of Jamaica. The ministry reportedly spends $20 million annually on reprinting texts for schools.

Following the ceremony, Bolt shared footage and photographs of the event, thanking Epson Europe for their two-year partnership.

“Very Happy that I could partner with Epson Europe again to donate 125 printers to Early Childhood Institutions and Primary Schools throughout Jamaica,” Bolt stated, adding, “Our children matter! They deserve the best! I will always do my best to continue to invest in their future.”

Man Jumps Into Kingston Harbour To Save Drowning Woman...