Jamaican keyboardist/pianist Tyrone Downie who is fondly remembered for his work with Bob Marley and The Wailers, died last night in Jamaica on the way to the University Hospital of the West Indies. He was 66. 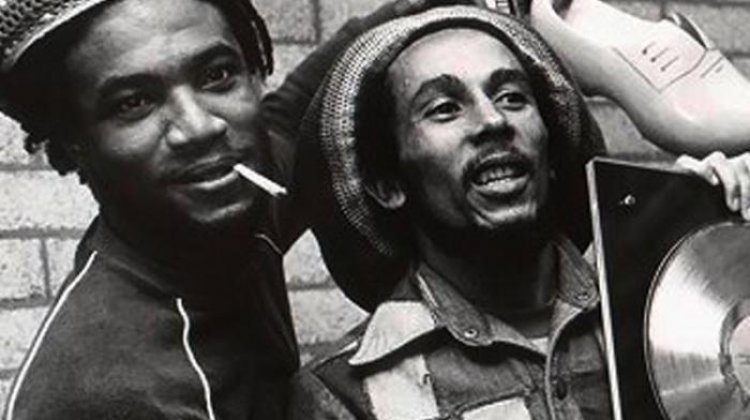 “He had everything to do with Bob Marley and the Wailers. I remembered when he got the call to work with Bob and he asked me if he should go and I said of course, ‘wah yu do, gwaan man!’, and for 20 years, I never saw him again unless it was onstage with Bob Marley, or on TV doing interviews,” gifted producer Clive Hunt told Dancehall Mag.

At the time of his death, he played with the France-based reggae band called ‘Jahzz’. Recently, Downie produced two albums, one for Tiken Jah Fakoly, which was released last Friday, and another for Jahzz, which will be released on Tuesday with a showcase in Paris, France.

Musician Robbie Lyn said that he got a message from Downie’s partner, Bernadine Simpson, this morning about his death and expressed his condolences.

“I spoke to Tyrone three weeks ago just after the Karen Smith tribute, and he called me and said he thought he would have seen me there. I knew he was up and about in Jamaica, his partner, Bernadine said he was sick, and she was the one who took him to the hospital last night,” Lynn said.

For years, Downie lived in France with his family where he was a member of the touring band of Youssou N’Dour, whose album Remember he produced. Downie stopped touring almost a decade ago. In May of this year, he played with Jahzz supporting the Skatalites shows in France.

He studied at Kingston College and joined The Wailers in the mid-1970s, making his recording début with the band on Rastaman Vibration, having previously been a member of the Impact All Stars.

Downie, along with Wya Lindo, played on most of Bob Marley’s greatest hits. He is credited with playing keyboards on the live album, ‘Live at the Rainbow’, on June 2nd and June 3rd in 1977. Downie also played on Beres Hammond’s ‘One Step Ahead’, and on the seminal hit, ‘Cherry Oh Baby’, produced by Tommy Cowan, when he was still in high school.

He was also a composer on the album, The Time Has Come: The Best of Ziggy Marley and the Melody Makers 1988-93. He was a percussionist, keyboardist and background vocalist on classic Marley albums like Kya, Survival, Rastaman Vibration (on which he also played bass). He played the organ and was a guest artist on Catch a Fire.

On the album, Legend: The Best of Bob Marley, Downie is credited as a member of Attributed Artist, while doing background vocals,  and playing keyboards, guitar (Bass), percussion, and bass.

“Tyrone’s contribution to music was immense, although I was older, he started playing sessions long before I did,” Hunt said.

In 1983, Grace Jones released the single, “My Jamaican Guy” which reportedly was centred around Downie, unbeknownst to him

“Him and Grace Jones was bench and batty for a long time,” Hunt joked.

Man Jumps Into Kingston Harbour To Save Drowning Woman...