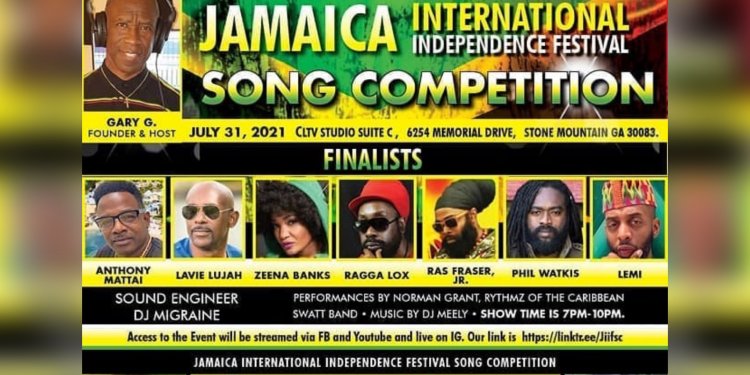 The Jamaica International Independence Festival Song Competition (JIIFSC) is another step closer to selecting a grand prize winner, with the recent announcement of the last round of finalists. President and founder of the USA-based competition, Garfield McCook, made the announcement on July 2, 2021 during a live broadcast on the JIIFSC Instagram page.

“Our final five were chosen by a combination of fan votes and the judges’ votes. We had an impressive fan participation of over 5,000 votes,” McCook revealed. While the initial intention was to select a top 5, McCook made a surprise adjustment to the field. 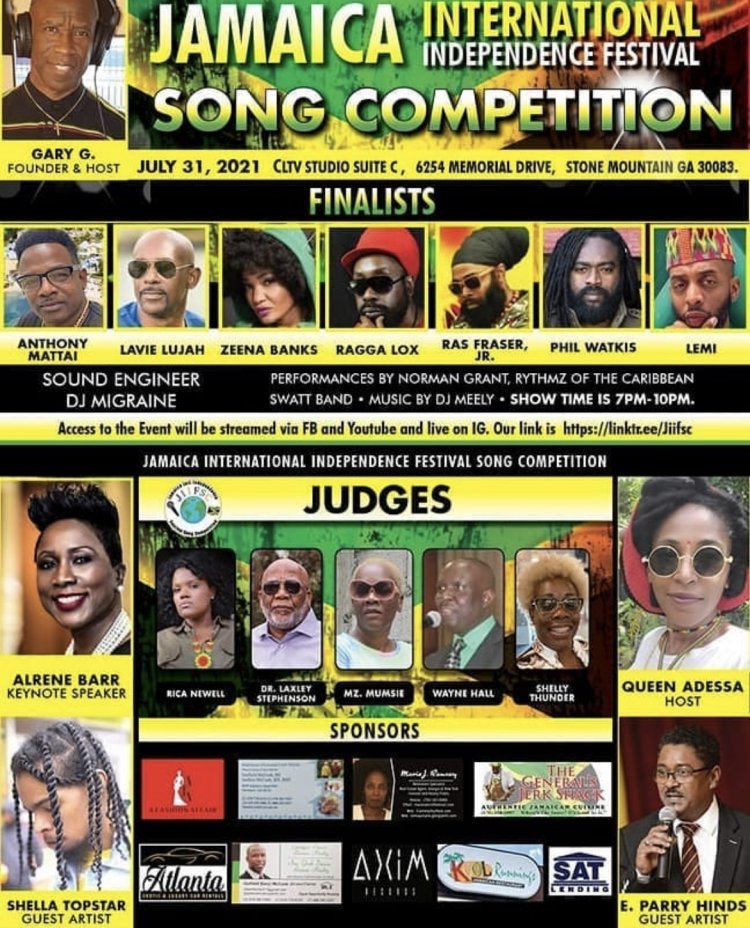 “I must say we had a very competitive field and must impress upon the artistes who did not make the top 5 that you all did well and we truly appreciate your participation. I have decided as a result to include two wild cards tonight,” he elaborated.

The finalists are Lavie Lujah, Lemi, Ragga Lox, Ras Fraser Jr. and Phil Watkis, along with Anthony Mattai and Zeena Banks, who were selected as the Wild Card winners.

The winners will be crowned at the finals which is slated for July 31, 2021. The event will be broadcasted virtually from 7pm to 10pm EST from Caribbean Life TV Studios (CLTV Studios) in Stone Mountain, Georgia, which will host a limited live audience including guest appearances, judges and promoters. The top 3 will be rewarded greatly, with the first, second and third prizes being US $8,000, US $4,000 and US $1,000 respectively.

With this being the first staging of the competition, which was born out of a desire to give overseas Jamaicans an opportunity to participate in cultural events, McCook intends to continue for many years to come.

“This competition is something that has been needed and it will be going places. The response we have gotten internationally is astounding,” McCook expressed.

Celebrating Jamaica's Fastest Female Olympians of the '40s Through the '70s