“Mi soon come back.” Those were the last words 25-year-old Romaine Cavalho said to his mother, Sandra Johnson before he went missing. She is appealing to anyone with information to come forward or call the Savanna-la-Mar police station at 876-955-2536. 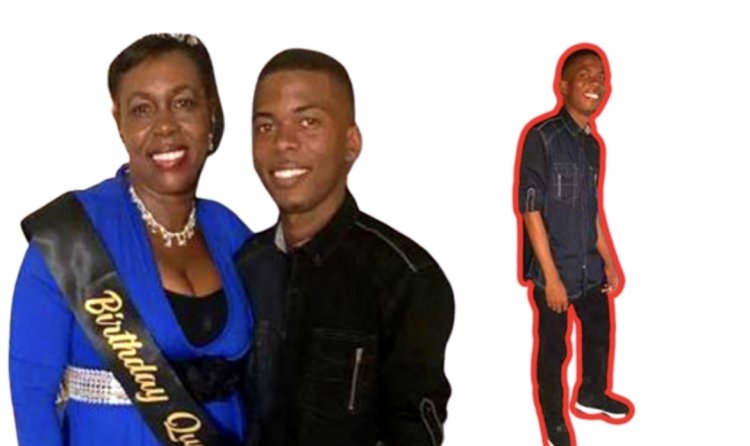 His casual promise of a speedy return home was his usual way of saying goodbye, even if he would be away for a long time. He usually resurfaces after about a week, but this time he has not been seen for more than a month. His distraught mother is now offering a $75,000 reward for any information that leads her to him.

“Is like a part of me is gone,” said Johnson, who revealed that she is battling depression and often skips meals as she has no appetite for food.

She said her son left their Chantily Gardens, Savanna-la-Mar house about 6:30 pm on September 30. He was on his way to Rejoin, Hanover, where he also lived.

Johnson journeyed to Hanover on October 9, determined to find her son after his social media posts ceased and calls to his phone went unanswered.

Enrolled in a university in Florida, Cavalho had also missed online classes. No one had seen or heard from him for days.

That’s when she knew something had gone horribly wrong. She filed a missing person report that same day.

Johnson is hopeful that her son is still alive and wants him to come home.

“I don’t have that feeling like he’s dead,” she said.

Although she is hoping for the best, she is also being practical.

“He lived a life that was exemplary; if he’s dead we want to give him a proper funeral,” shared Johnson.

The police report that Cavalho was last seen leaving his home dressed in a burgundy and black T-shirt, black pants, and a pair of black shoes.

He is of dark complexion, slim build, and about five feet, nine inches tall.