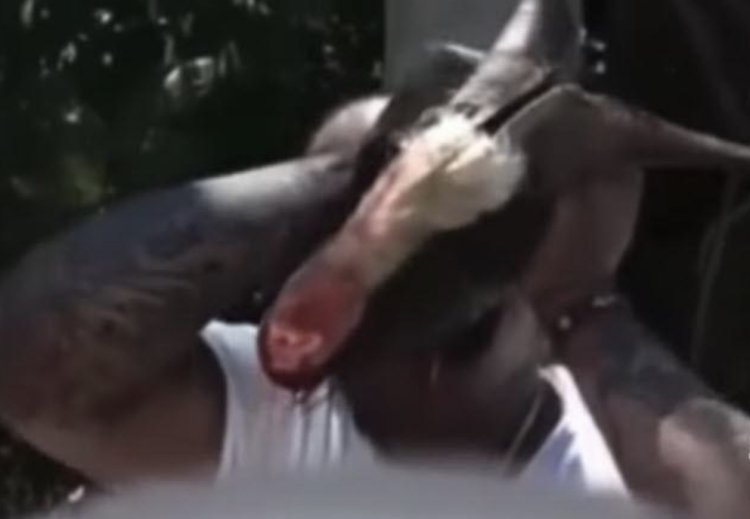 The man seen in a viral video drinking blood from the head of a slaughtered goat was gunned down at a party in Discovery Bay, St Ann on Sunday night.

Kevin Grant, who is from Richmond Hill in St James, had been keeping a low profile since the video went viral two weeks ago.

The police report that about 10:50 p.m. Grant, who goes by the alias 'Biggs', was at his residence in an area called  Portland Road in Discovery Bay, St Ann when gunmen forced their way inside and opened fire.

The police were summoned and upon arrival, Grant was discovered suffering from gunshot wounds.

He was rushed to the hospital where he was pronounced dead.

Holness Warns Unvaccinated Persons That They Will Eventually...

Pathways Religious Leader To Be Charged Today With Counts...

Macka Diamond Brought To Tears Speaking On Being Physically...