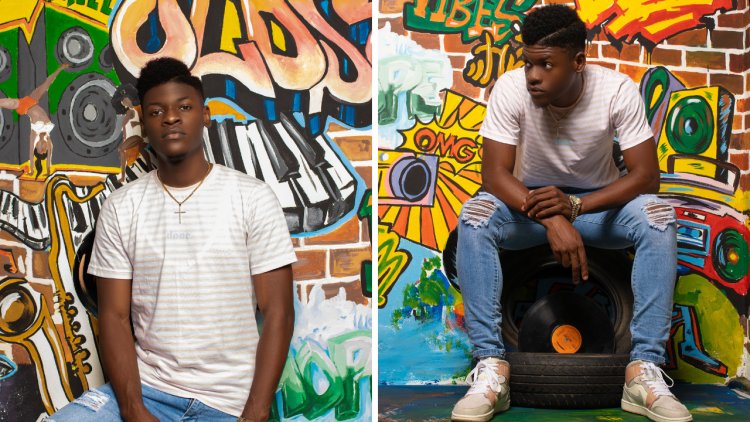 "So me beg the Father watch me 360 24/7 please stay with me" are the powerful words emitting from St. Catherine, Jamaica native Vahriie on his latest musical offering, "360 (24/7)".

Like many of his counterparts, Vahriie's musical journey is steeped in the church, alongside a strong artistic family that nourished and fostered his given talent, the latter ultimately emanated "Vahriie". The young star-in-the-making confidence and song writing skills swiftly perpetuated to creating timeless melodies and writing songs for himself and established artists.

On the heels of worldwide pandemic, Vahriie used his time carefully and craftely, delivering a growing discography with "Sunshine", "Window Pane", "| Do" , his rendition of The Temptations 1971 smash hit single "Just My Imagination" and a EP produced by Tads Records & Box Lunch Production, and on October 28th "360 (24/7)".

"360 (24/7)" holds a sincere and meaningful sentiment from both the crooner and producer. "My inspiration behind this song was time itself, seeing just how dark our age is . I was inspired to write this prayer for daily protection in this cruel age." explains Vahriie, while Baxter Records stated, “This is my first official single as a producer and I’m pleased to do so with a fellow country artist. The song fits the times we are in perfectly, hope music lovers will support the music.”

Be a fence around me of Jah.
Protect me life.
Be my light and guide me oh lord in the darkest night.
Yow Baxter.
Cold and dark out yah.
This is a prayer weh me send sincerely to the father
Beg him fi…

Light me path, Protect me God
Tha road yah lonely and dark
People really naah nuh heart.
The same One yuh smile wid and laugh
A plan fi stab yuh in yuh back
So me beg the Father watch me
360 24/7 please stay with me.